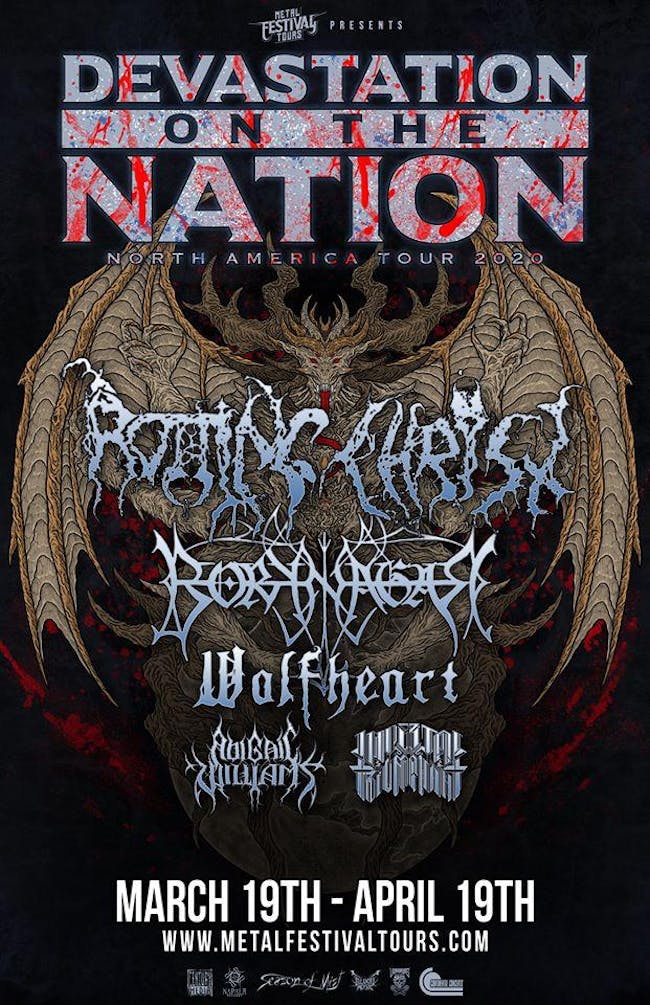 iCal
Google
Devastation on the Nation Tour 2020 at Ottobar

Devastation on the Nation Tour 2020

Rotting Christ (Season of Mist) - *Their new album ‘The Heretic’ was released in early 2019. Rotting Christ has not toured North America in over 4 years and this tour will be the bands first tour back since then.

Borknagar (Century Media) - *Their new album came out September 2019. Borknagar has not toured North America since 1999 in which that tour was with Emperor. This will be the bands first tour back since then. Their last North America performance was headlining one of the days at Maryland Deathfest 2019.

Wolfheart (Napalm) - *They released their latest album in September of 2018. They toured North America in the Spring of 2019 with Children of Bodom. Prior to that, they have been here with Carach Angren.*

Abigail Williams (Blood Music) - *Their new record ‘Walk Beyond the Dark’ will be released on November 15th. 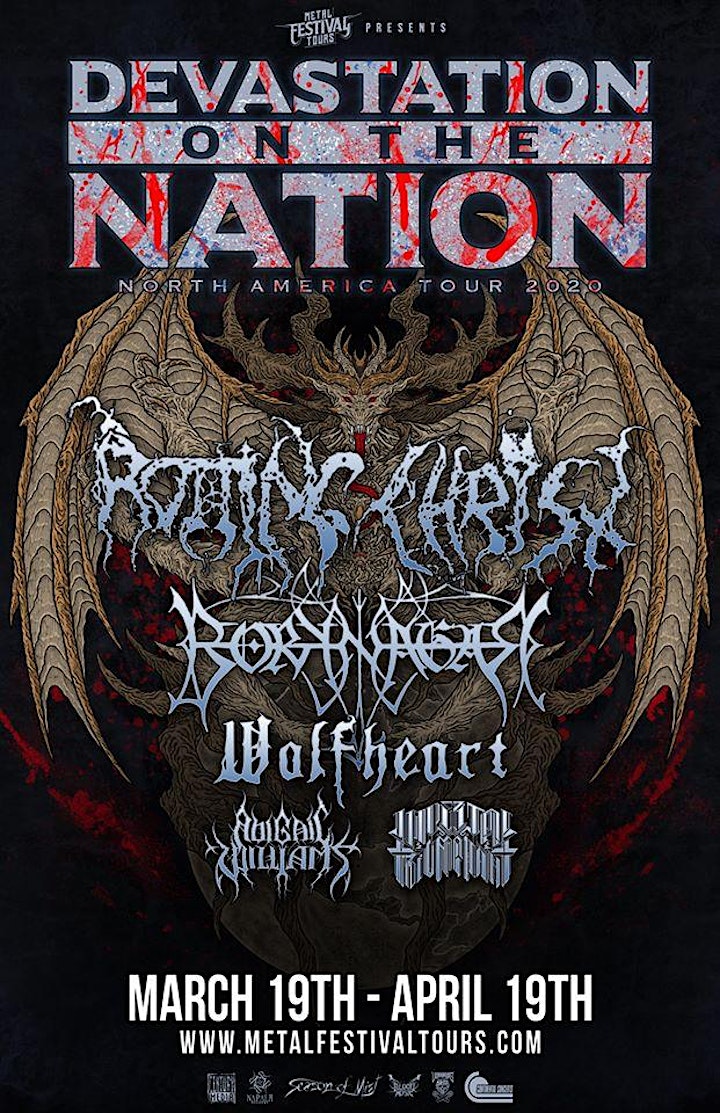