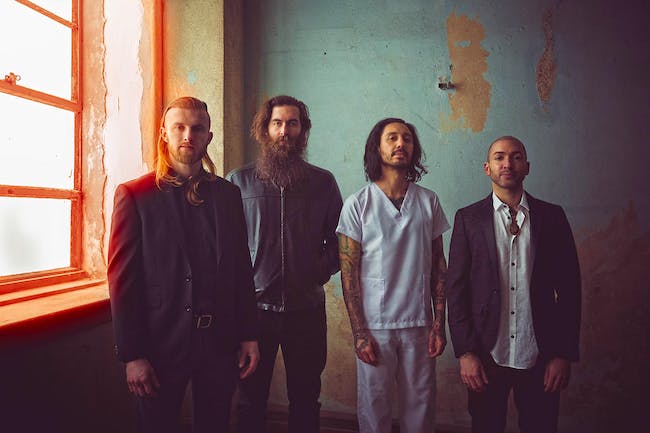 God Mother, Pound, Under The Pier

iCal
Google
The Number Twelve Looks Like You at Ottobar

The Number Twelve Looks Like You are an American hardcore punk band formed in Bergen County, New Jersey in 2002. According to AllMusic, their music combines hardcore punk, heavy metal, post-hardcore, grindcore, "Japanese-style noise rock à la the Boredoms and the show-offy tempo, time signature, and dynamic shifts of Frank Zappa."[1] The band went on a six-year hiatus in 2010. In May 2016, they performed a secret show and then announced their reunion.

A four-piece powerhouse, from the depths of the Swedish hardcore underground, ‘God Mother’ has been a rising force since its inception in 2012.

God Mother's debut, Maktbehov, was easily one of Metal’s most exciting new releases in 2015, making many of the year’s top lists including Loudwire, Blunt Mag, Metal Injection, and was hailed by Pitchfork as "an asteroid crash of an album that renders most of its competition extinct.”

Pound is an experimental music project from Seattle, WA that combines elements of grindcore, mathcore, d-beat and sludge metal.