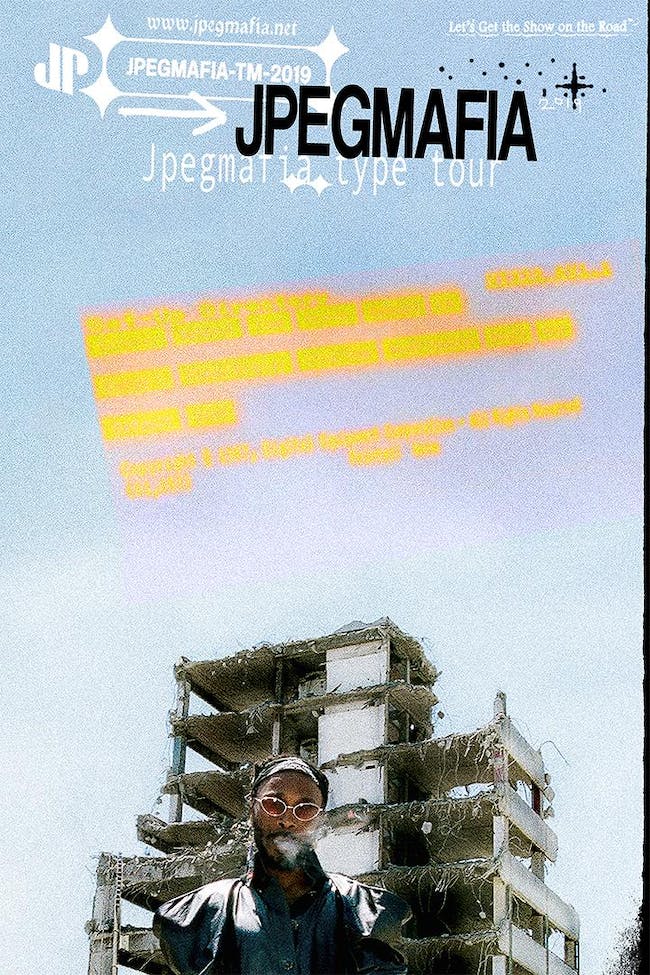 “one of the most volatile, frightening, and exciting voices heard in mid-’10s hip-hop” – SPIN

Often, art is considered the safe space for dangerous ideas. JPEGMAFIA is a reminder that in a dangerous world, sometimes nowhere is safe. When JPEGMAFIA and Freaky teamed up earlier in 2016 for their “I Might Vote 4 Donald Trump” music video, they did what so few artists are capable of – they transcended shock, skipped right over soap boxes, and went straight for being the true embodiment of all the tension and trauma of contemporary America. If trap music is the sound of the street, then JPEGMAFIA is trap’s subconscious; dark but not without a humor that makes things even more uncomfortable. His role as villain or satirist, hood protector or nihilist is intentionally hard to put one’s finger on. What more appropriate way to embody the frightening and confusing reality of America today?

A recent deal with the Deathbomb Arc label (the noise rap label which helped launch acts such as clipping. and Death Grips) is bringing JPEGMAFIA work to digital platforms, as well as releasing cd edition of his collaborative album ‘The 2nd Amendment’.