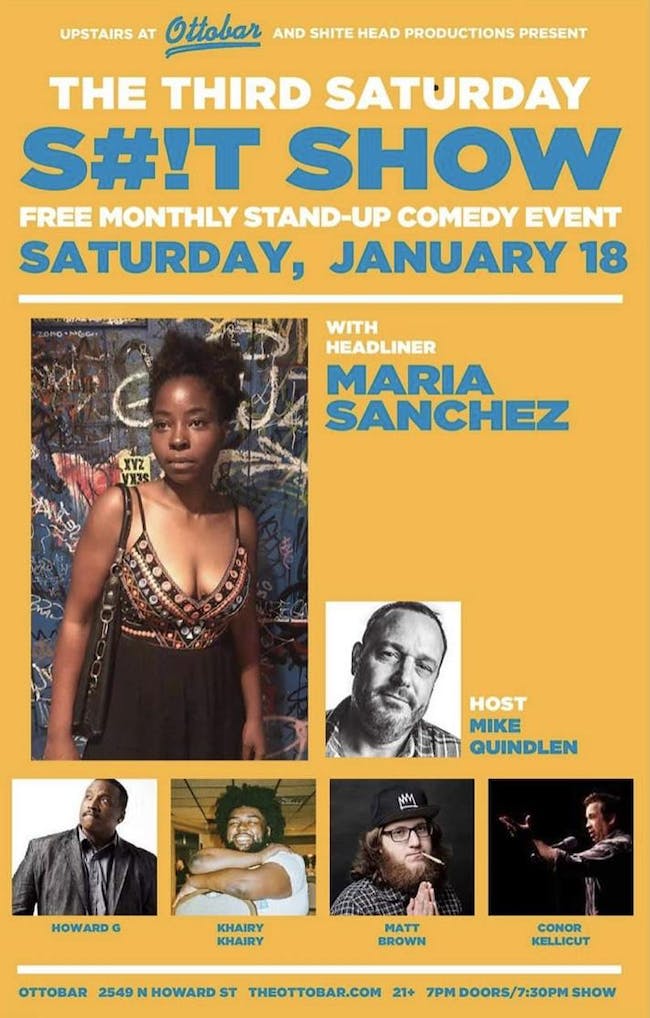 iCal
Google
Maria Sanchez is one of the best comics to ever walk any stage anywhere! And you get to see her for FREE!

Howard G has opened for Martin Lawrence and Dave Chappelle. He has also gone to KUWAIT AND AFGHANISTAN TO PERFORM for the troops. He is also an actor who was featured in the Kiss My Bumper car insurance Tv commercials .

Khairy Khairy is also Baltimore born and raised, let him bring you into his world....fatherhood, dating.....

Elizabeth Danger Norman is a well known Baltimore stand-up & sketch comic and show runner (Hot Set & Ugly Baby) who recently took on the role of Kate Hardcastle in Oliver Goldsmith’s She Stoops To Conquer at the Fells Pt Corner Theater.

Conor Kellicut is a Stand Up Comic, Single Dad, Happy Guy. He has been know to say,"Life is for living, don't piss it away."