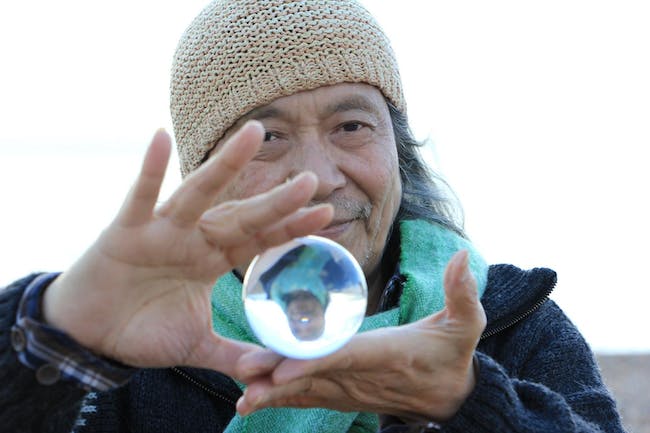 iCal
Google
Damo Suzuki (of Can 1970-1973) with Microkingdom, DJ Brandon Carlo at Ottobar

Best known for his work with the pioneering German group Can, Damo Suzuki is a vocalist and improvisational musician whose creative wanderlust has taken him around the world, performing with a dizzying variety of collaborators. Suzuki had little experience as a musical performer before joining Can in 1970, but his bold, theatrical style and abstract lyrical sensibility put its stamp on three of the group's most memorable albums (1971's Tago Mago, 1972's Ege Bamyasi, and 1973's Future Days) before he left the group in 1973. After a decade away from music, Suzuki returned in 1983, shunning the recording studio in favor of improvised live performances, a number of which have been recorded and released, among them 2000's Seattle, 2002's P.R.O.M.I.S.E., and 2007's The Fire of Heaven at the End of the Universe. Working with established groups as well as "sound carriers" he often has never met before walking on-stage, Suzuki's music in the 21st century has found him relentlessly exploring the boundaries of spontaneous creativity.

Kenji "Damo" Suzuki was born in Kobe, Japan on January 16, 1950. Growing up, Suzuki's sister encouraged him to play music, giving him his first instrument, a flute, when he was eight years old. Suzuki developed a keen interest in classical music as a child, and in his teens he discovered American R&B music and the popular British acts of the day, especially the Kinks (he briefly ran a Kinks fan club). When he was 17, Suzuki left Japan to explore the world, living in a Swedish commune for a while (where he formed a short-lived folk music duo) before making his way through Denmark, France, England, and Ireland. By 1970, Suzuki had landed in Germany and was cast in a Munich production of the countercultural musical Hair. During his travels, Suzuki had occasionally made money by busking in the streets, and feeling hemmed in by the rigors of performing the same songs each night, he took to performing in the streets in his free time. One of his improvised street performances was seen by Holger Czukay and Jaki Liebezeit, the bassist and drummer with the German progressive band Can. Can's vocalist, Malcolm Mooney, had recently left the band, and they were wondering how to fill his place for a gig that evening. Czukay invited Suzuki to perform with them, and the band was impressed with the strength and imagination of his improvised delivery. Suzuki joined Can full-time, making his recorded debut with the group on the song "Don't Turn the Light On, Leave Me Alone," featured on the 1970 album Soundtracks. Suzuki would record three albums with Can -- 1971's Tago Mago, 1972's Ege Bamyasi, and 1973's Future Days -- with the singer often creating spontaneous lyrics during studio jams that would be later edited into completed songs.

In 1973, Suzuki left Can, and for the next ten years, he stayed out of the spotlight as he got married, became a Jehovah's Witness, and dealt with health problems. In 1983, Suzuki returned to performing, appearing on-stage with Dunkelziffer, a group led by Jaki Liebezeit, and recording a pair of albums with the band, 1984's In the Night and 1986's III. (A Dunkelziffer concert from this period featuring Suzuki was released in 1997 under the title Live.) In 1986, Suzuki and Liebezeit formed the Damo Suzuki Band, which also included Dominik von Senger on guitar and Matthias Keulon keyboards. By this time, Suzuki had become disenchanted with the studio recording process, but he gigged regularly and often recorded his shows, and in 1998 two archival releases from the Damo Suzuki Band were issued, V.E.R.N.I.S.S.A.G.E. and the seven-disc set P.R.O.M.I.S.E. In the late '90s, Suzuki formed what he called Damo Suzuki's Network, his umbrella name for improvisational performances with musicians from all over the world. For his Network shows, promoters for each appearance would provide Suzuki with a band, and they would generate spontaneous music with Suzuki on vocals (the vocalist describes his collaborators as "sound carriers"). Suzuki would release more than a dozen live albums under the Network rubric, and he's also issued collaborations with existing groups and soloists, including Cul de Sac (2004's Abhayamudra), Omar Rodriguez-Lopez (2007's Please Heat This Eventually), the Holy Soul (2010's Dead Man Has No 2nd Chance), Mugstar (2015's Start from Zero), and Jelly Planet (2018's Damo Suzuki & Jelly Planet). In 2014, Suzuki was diagnosed with colon cancer, and his treatment left him unable to travel or perform for a spell, but in 2016 he was well enough to return to the stage, and still performs regularly. He will embark on a coast to coast tour of the United States in the spring of 2020. This will mark Suzuki’s first run of U.S. performances in over 10 years. 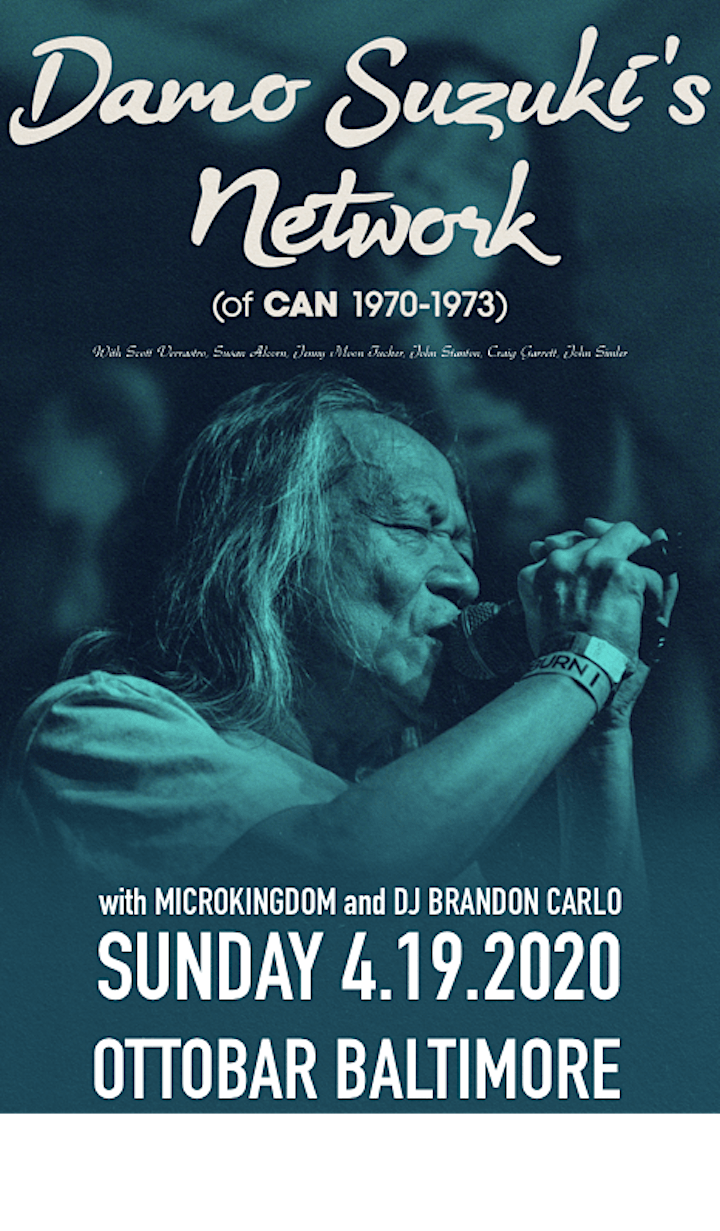